Warning: count(): Parameter must be an array or an object that implements Countable in /nfs/c06/h02/mnt/174492/domains/thegridcast.com/html/wp-content/plugins/genesis-staff-bio-grid/lib/metabox/init.php on line 746
 GridCast U | Episode 15 | Jamie Hagiya

On this week’s GridCastU where athletes, coaches, and personalities from around the GRID help U become better at GRID we interview former collegiate basketball player at the University of Southern California Jamie Hagiya. Not only is she an amazing basketball player and on the GRID but Jamie is full of energy and the kind of teammate that anyone would love to have on their team for anything.

Have you ever been told that you are too short, not strong enough, fast enough, smart enough to do what you really want to do? Yeah so have we, and so has Jamie but she tells us how she took that and used it to her advantage and earned a scholarship and played point guard for the Trojans, and even professionally overseas in Greece and Spain. 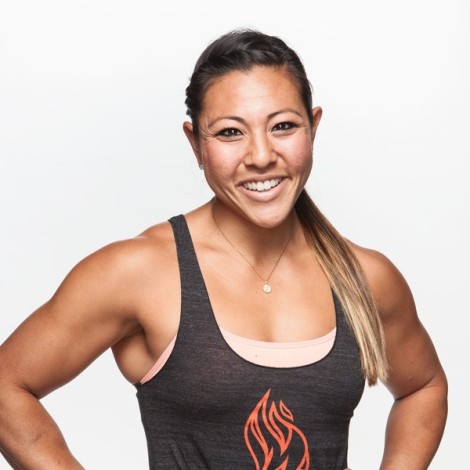 After picking up CrossFit and now opening her own gym, Torrence Crossfit, I’m sure that we will see plenty more of her in the coming years. But its also apparent that she doesn’t let training stop her from having a good time, and if you guys haven’t seen yet go check out her instagram, jamiejoyce2, and look at the dubsmash videos that her and some of her Phoenix Rise teammates put together. It’s no surprise that they are among the top teams and have possibly the best team chemistry. I mean the dubsmash that we have in the works will clearly be better but we are looking forward to seeing what Jamie and the rest of the Phoenix Rise do in the upcoming season.