Warning: count(): Parameter must be an array or an object that implements Countable in /nfs/c06/h02/mnt/174492/domains/thegridcast.com/html/wp-content/plugins/genesis-staff-bio-grid/lib/metabox/init.php on line 746
 GC #25 | Season Kick-Off with Jeremy Jones | Drew Canavero | @ the SF Fire Haus 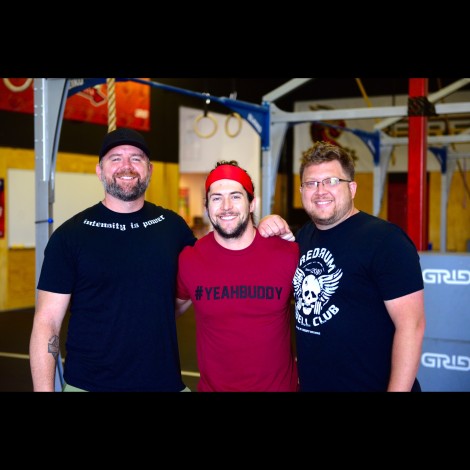 The first week of the second season of the NPGL is now done and in the books!

We make 2 huge announcements on the start of the show.  Announcement number one is TEAM GRIDCAST for the Grid Invitational and we also announce the addition of a podcast to our network called GridCastU, teaching YOU how to be get better at GRID.  Look for that show in the upcoming weeks.

In quadrant number 1 we guide you through the matches through the eyes of a coach on our episode with Mr. “JJ” Jeremy Jones, head coach of the San Francisco Fire.  We talk about the DC Brawlers vs the Boston Iron and the dynamic duo of Taylar Stallings and Becca “all” Day.  We talk about the standout performances of Natalie Newhart and Ryan Elrod and their impact on the GRID.

We also discussed the changes to the mirror races and the conscious decision in judging to allow for faster and more entertaining races.

We also discuss some of the errors that occurred, particularly with Justin Wright of the Boston Iron during his burpee box step-overs, and Janet Black of the DC Brawlers.

We discuss the loss of Tim Carrol to the DC Brawlers’ Four Horsemen and his impact on particularly race 7 against the Boston men.  The DC Brawlers women however were absolutely responsible for a 3 point swing on the thruster ladder alone.  Damn those ladies are powerful.

The second match of day 1 was the LA Reign vs the Miami Surge.  Miami had a new approach to race 7 and it appeared to work very well against LA.  Miami, being 3 athletes down due to injury, showed how deep their bench actually is, and performed exceedingly well against Los Angeles.

In Quadrant 2 JJ and the GridCast break down day 2 of the matches and the standout performances by athletes on the Phoenix Rise and the San Francisco Fire.  The crowd was insane and there were literally another 500 to 1000 people waiting in line to try to watch a few races.  It was an amazing turnout.

We also take a stab at why we think that Baltimore had a rough start on the GRID.

In Quadrant 3 we talked to Drew Canavero, the workhorse of the San Francisco Fire.  He talks about all things GRID and their victory over the Phoenix Rise.