Warning: count(): Parameter must be an array or an object that implements Countable in /nfs/c06/h02/mnt/174492/domains/thegridcast.com/html/wp-content/plugins/genesis-staff-bio-grid/lib/metabox/init.php on line 746
 GC #31 | GRID Athletes Beat Up From The Games? | Brawlers vs. Anthem Breakdown | Taylor Drescher LA Reign 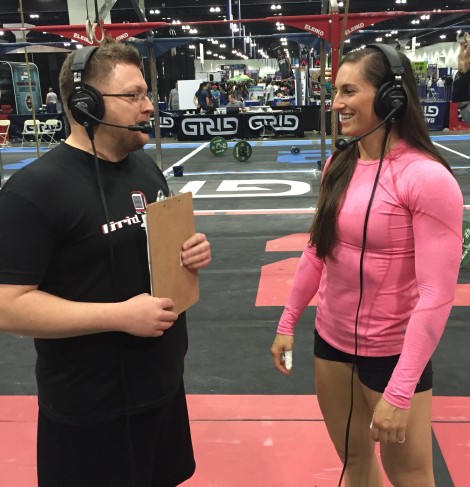 Man oh man, the 2015 Reebok CrossFit Games looked really rough and it took its toll on the athletes. Danny and Conan had their first lovers quarrel on the show because of the games and the safety of the athletes. Danny thinks there are plenty of different ways to test fitness without the detriment to the long-term health of the games athletes. Conan simply says “Suck it up buttercup.” Why does he feel this way? Here’s a quote from Tony Budding from 2009, one of the guys responsible for starting the CrossFit games, and also the dude who started the sport we all love, GRID … “The winner of the CrossFit Games has the right to say, I am the fittest person on the planet. That has to be a grueling test. If it’s not, then it’s not a legitimate test of the fittest person…there is a chance you may die.”

So making the CrossFit games a grueling competition, with beating down the athletes, is CrossFit sticking to the purpose of the games and its intention from the very beginning. Danny argues that every major sport out there has changed certain requirements to make sure it’s athletes are safer. For instance, professional football has hard helmets and better pads instead of leather helmets and no pads like it originally started. Baseball players now play with helmets instead of cloth hats at the batter’s box. All sports adapt, but CrossFit is going the opposite direction, when is enough, enough? So check out the episode to watch the debate. Let’s start a debate…where do you fall on this argument?

In Quadrant 2 we discuss the upcoming match, The DC Brawlers vs The Baltimore Anthem on August 9th. Tickets are available now right HERE, so make sure to get yours today! Who will win? Who do we predict to win and which races will be won by which team? Check out the episode to find out.

In Quadrant 3 we talk to Taylor Drescher from the LA Reign. We catch up to her since we saw her at the LA Pro Day before she was an official professional GRID player. She has her own strong opinions regarding social media athletes and the athletes participating in the games. Check out her interview in Quadrant 3.