Warning: count(): Parameter must be an array or an object that implements Countable in /home/c2vgl4vfddea/domains/thegridcast.com/html/wp-content/plugins/genesis-staff-bio-grid/lib/metabox/init.php on line 746

Warning: count(): Parameter must be an array or an object that implements Countable in /home/c2vgl4vfddea/domains/thegridcast.com/html/wp-content/plugins/genesis-staff-bio-grid/lib/metabox/init.php on line 746
 GridCast U | Episode 11 | Coach Cotler DC Brawlers

On this week’s GridCastU where athletes, coaches, and personalities from around the GRID help U become better at GRID we interview the undisputed best dressed coach in the league Justin Cotler from the defending champs the DC Brawlers.  Who better to have as the first coach in the the show than the one who hasn’t lost a match yet, but we also get Coach Cotler’s thoughts on what upcoming athletes should be doing to improve their chances at making it on the GRID.

Just like every other coach and team last year, Cotler and the Brawlers staff were more or less taking a stab in the dark at putting their teams together. He realized early on that this isn’t CrossFit and you need a totally different type of athlete to be successful here, and bigger picture you need a family not a team. 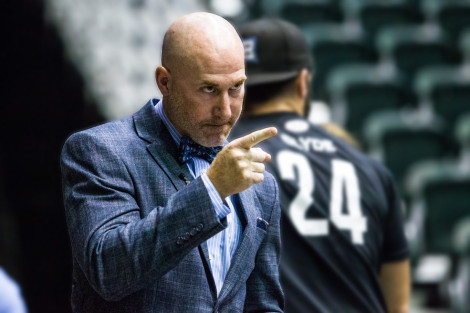 Seeing it first hand when the Brawlers were here in the DC area they definitely are a family, and you’ll see the similarity in the other three teams in the playoffs this year. Take notes everyone. We look forward to seeing what the countless hours of preparation Coach Cotler and his staff have in store for the Boston Iron in the semi-finals out in Anaheim.