Warning: count(): Parameter must be an array or an object that implements Countable in /nfs/c06/h02/mnt/174492/domains/thegridcast.com/html/wp-content/plugins/genesis-staff-bio-grid/lib/metabox/init.php on line 746
 GridCast U | Episode 10 | Eric Cardona 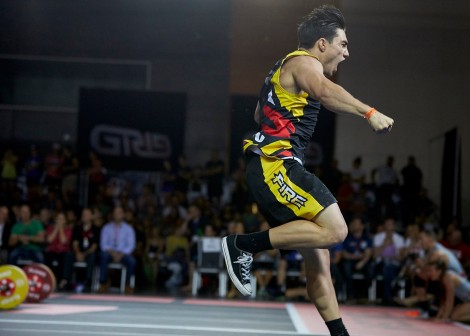 On this week’s GridCastU where athletes, coaches, and personalities from around the GRID help U become better at GRID we interview Eric Cardona from the San Fransisco Fire. For those of us that aren’t from southern Florida, Eric stunned the crowd in his GRID debut in San Jose back in June. On this episode we dug a little into how he became the bodyweight specialist for the Fire.

Like many other specialists in the league Eric started doing gymnastics at a young age, but as we found out it was mainly as an attempt by his parents to try and burn off some energy. Unfortunately circumstances cut his competitive career short but he did not let that stop him. Weather its trying to get on American Ninja Warrior or dressing up as some of our favorite superhero (unfortunately not batman so he won’t be at my birthday this year) Eric continued to push himself and is now a standout on the GRID.

We look forward to seeing him compete this weekend against the LA Reign as well as see what the future holds for this badass bodyweight specialist, and supporter of the Chucks.