Warning: count(): Parameter must be an array or an object that implements Countable in /nfs/c06/h02/mnt/174492/domains/thegridcast.com/html/wp-content/plugins/genesis-staff-bio-grid/lib/metabox/init.php on line 746
 GridCast U | Episode 13 | Bjork Odinsdottir

On this week’s GridCastU where athletes, coaches, and personalities from around the GRID help U become better at GRID we interview the Icelandic Gladiator herself Bjork Odinsdottir. Bonus, if you watch our normal show you see that she is actually on every episode in the Eleiko add, and finally we caught up with Bjork after their big win agains the San Fransisco Fire getting them into the championship match where they will face either the Boston Iron or the DC Brawlers.

Shocking, another phenomenal GRID athlete that was a competitive gymnast growing up. I’m starting to see a bit of a trend here and clearly missed the boat not doing gymnastics as a kid. Not only are they good at the body weight movements but it seems like almost all of them can make an easy transition into weightlifting and excel at it, and Bjork tells us why she thinks that is the case. 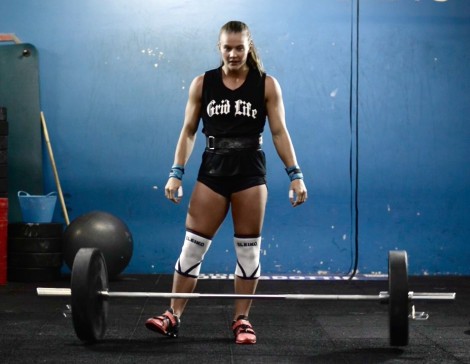 Moving from an athlete to coach due to an injury, then back to an athlete on a national team Bjork has a great understanding of what it takes on both sides to create a team that not only has the physical ability but also connects with each other to excel on the GRID. We know we are looking forward to seeing them in the championship match this Sunday. We know they are going to leave everything out on the floor, but i’’m sure if needed they can muster up a little extra energy to hoist the Pinnacle Trophy when its all said and done.