Warning: count(): Parameter must be an array or an object that implements Countable in /nfs/c06/h02/mnt/174492/domains/thegridcast.com/html/wp-content/plugins/genesis-staff-bio-grid/lib/metabox/init.php on line 746
 GC #32 | Kilimanjaro Predictions | Celtic Fire vs. All of Ireland | Lindsay Menerey DC Brawlers 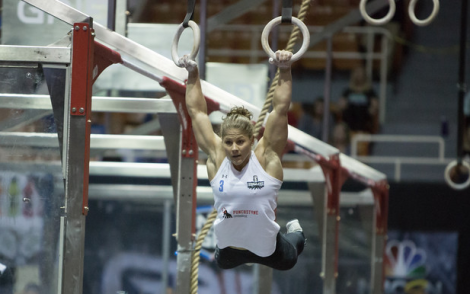 The DC Brawlers are in town using Impavidus Gym to train for the upcoming matchup in Washington DC on August 9th.  While they are in town, we thought it would be best to catch up with last year’s NPGL fireball, Lindsay Menerey.  Lindsay was an incredible bodyweight specialist for the DC Brawlers last year.  This year she is an assistant coach as she has transferred from an athlete to a coach.  Hear why she made the decision to leave her athletic ambitions in her past and into coaching others to be successful competitively in the NPGL.

In episode 31 we predicted the DC Brawlers victorious over the Baltimore Anthem but this week we break down the Boston Iron match against the NY Rhinos.  As we all know, females normally dictate whether or not a team wins the match.  With that said, the Boston Iron had 3 very prominent females participate as individuals at the 2015 Reebok CrossFit Games.  These athletes that participated as individuals are going to be torn up a bit and there is no way that they are fully recovered.  Whitney Gelin, Lindy Barber, and Carrie Pierce all competed at the CrossFit Games and we just don’t see them being as successful as they would like to be.

In the amateur leagues the Celtic Fire in Ireland launched a competition to go against the rest of Ireland in a full GRID match.  This was awesome for the sport across the pond.  That Irish GRID Superfan, Alan Fitzpatrick has really got it goin’ on.  His event was amazing and was all broadcasted on Periscope all weekend long. We know the Celtic Fire are heading out to the GRID Invitational to take over and rip apart the competition.

This weekend are the matches in Washington DC and will not be broadcasted.  So get your tickets now and come say hi to the GridCast crew.  Until next time, clean up your jerks and snatches, drink your beer in batches, and always dominate your GRID matches.